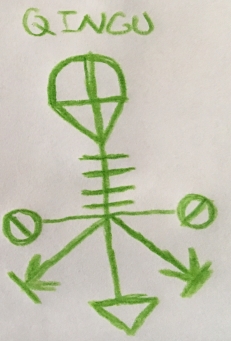 This is a magickal hymn to Kingu, Tiamat, and Absu which I have both consecrated and offered up to the deities entreated. It can be used as a stand-alone spiritual practice/exercise or incorporated into a ritual. The hymn consists of seven stanzas because the number seven relates to dragons.
When Tiamat, Kingu, and Absu appeared to me, they all appeared as black, four-legged dragons with wings. These tree deities love each other very much and they are always eager to assist vampyres– they truly long for our success. 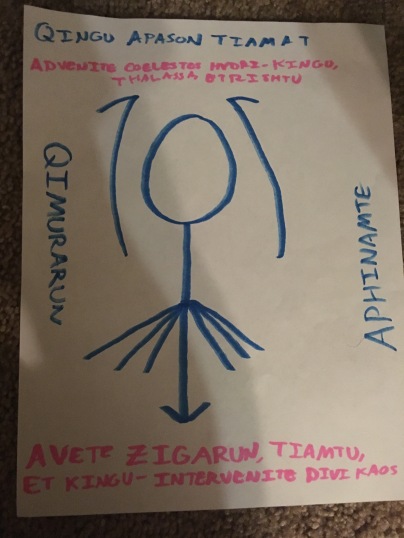 This is the sigil I made for the group of deities consisting of Qingu, Tiamat, and Apsu. I have two invented magickal names for this group: “Qimurarun” and “Aphinamte.”

One thought on “Magickal Hymn to Tiamat, Kingu, & Absu”