I do not support the Order of the Nine Angles or associate with persons affiliated with it. Nonetheless, I do have beneficial relationships with many of the entities venerated by the O9A, and introducing these entities to the broader black magickal community has been something of a side-project of mine for some time.

I am writing this article because I believe that Aosoth and other spiritual intelligences venerated by the O9A deserve a better pool of magickians to work with than that which the O9A has to offer. I believe that many members of my audience are or will become better equipped to work with and venerate Aosoth than any “Niner” ever will be.

This article will exclusively feature original methods (chants & sigil) for conjuring Aosoth. My experience is that the magickal current of the O9A causes the spirits they venerate to manifest in ways that are unusual, often undesirable, and generally unpleasant to both the magickian and the spirit.

Ergo, I have channeled a unique sigil for Aosoth and channeled original chants which may be used to summon Aosoth. The chants and sigil which the O9A present for the conjuration of Aosoth do not appear anywhere in this article. 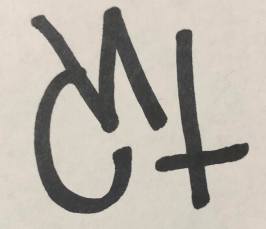 Above: Channeled Sigil of Aosoth

Certain spirits, be they demonic or otherwise, emanate fear by the very nature of who and what they are. I had met entities like this before, and even when I knew that their intentions were beneficent, I felt afraid. I could have instructed my aura to block out the intimidation so that I could remain level-headed, but I could sense that the intimidation served some purpose beyond developing strength of character.

I have had spirits and men alike make attempts on my life before, but the only emotion I felt then was rage, which gave way to exhaustion. I knew that the horripilation I experienced at the hands of these particular demons was not a product of my own disposition, but rather an emanation of the physis of those spirits. The feelings of bliss which accompany Azanigin are comparable in nature. I inevitably developed a resistance to the fear after a few interactions with the respective spirits, but I had to learn to resist each demon’s intimidation individually. While I have ascertained the purpose behind this causation of fear, I refuse to teach its nature, as knowing the benefit will ruin it.

Of the few entities which have intimidated me thus, Aosoth is the foremost. It is she who took the greatest pleasure in scaring me—I remember the chills I felt as the tips of her fingers traced my spine, and I could sense her amusement at my horripilation. I kept myself steady as I said “I want you to strengthen my astral sight.”

Aosoth appears in various guises, both as male and female. It’s rare to find a spirit who genderbends as often as she does, even though acausal beings are not bound by sex.

In the first issue of Fenrir magazine, there appears an article called “Aosoth: An Encomium,” which refers to Aosoth as the “Purple Lady” as well as a “chaotic apparition / of wisdom, of love, of passion./ Of death./ Of compassion.” This poem also alludes to Aosoth being a psychopomp.

In The Giving, it is written that Aosoth “was a demoness worshipped by some ancient and secret sects about which nothing is known beyond the fact that women played a prominent role.”

When Aosoth cared to take on a gender in my presence, she generally appeared as male. In Evoking Eternity by E.A. Koetting, which delineates Aosoth’s mastery over astral sight, Aosoth is purported to appear as male as well. It is plausible that Aosoth takes on the gender of her summoner.

In an allegory called Raven Made, Aosoth is called “a Goddess of great power” who was purported to represent “enchantment, passion, and death.” The title is a clear play on words, giving us the moniker “Raven Maid,” and suggesting that Aosoth corresponds to the atavism of the raven.

Aosoth is related to the fourteenth tarot card which has the attributes that follow:
“Self-possession; knowledge that allows one to consciously improve/evolve and use natural abilities (or ‘gifts’) – such as sexual charisma – to the advantage of personal Destiny and Wyrd, and to confront and resolve those qualities within character which are detrimental. Self-honesty. In early stages of development, such an individual causes unforeseen disruption and resentment amongst others. Beginnings of that which is re-presented by atu III.”

The poem attributed to the card suggests that Aosoth is of the aspect of the crone, as do her affiliation with ravens and her office as psychopomp. On the Tree of Wyrd, Aosoth is attributed to the fifth trail, the path linking the Moon to Jupiter. In the fourth volume of the Temple of Them’s publication, The Diary of a Devil Worshipper, it is written that Aosoth’s trail connects the personal unconscious, symbolized by the moon, with the Life’s fluid which is symbolized by the planet Jupiter.

According to Sinister Tradition, Notes VI, “A Location associated with the Demoness Aosoth, lies within the Clun Forest, South Shropshire. It is said here a White Hind was accidentally shot during a hunt, seemingly through the heart. She survived but could not be caught, and was seen on many occasions over the subsequent years, still living with the arrow embedded in her chest.” This essay goes on to suggest that Aosoth lives in this area.