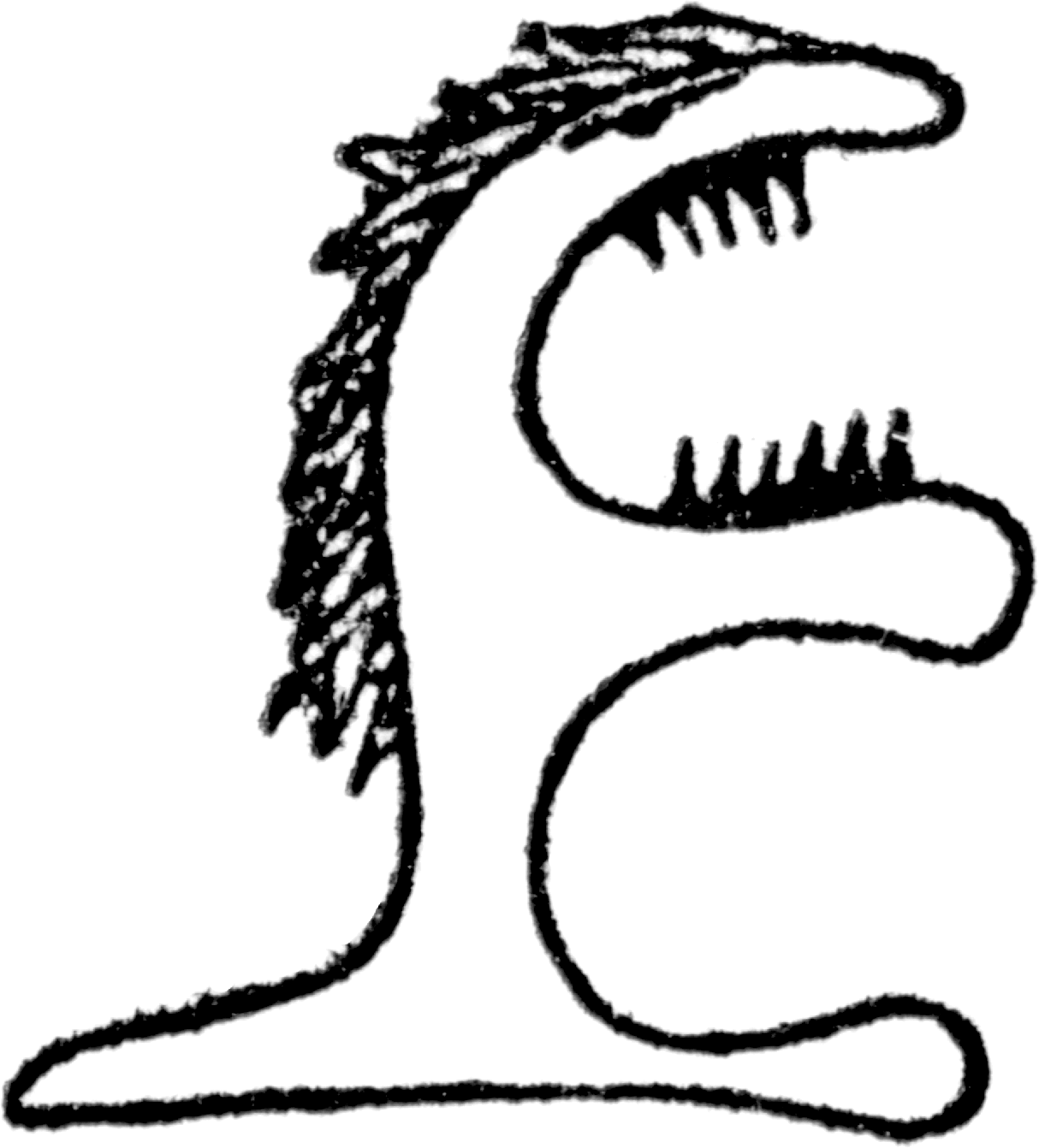 Amprodias is the Qliphothic archdemon that you go to when you wish to be transformed into a stone-cold vampyric warrior. His name translates to “Great Vampyric Sylph.” The gaping mouth in his original sigil, depicted above, symbolizes the uterus wherefrom aeons are given birth and the Black Light issues forth.

Amprodias is a harsh teacher. He appeared to my newest apprentice as a massive bat without a face. While he is a hermaphrodite by nature, he often manifests as male. Archetypally speaking, he is the primeval ungendered vampyric adversary– the devouring force of the primordial chaos wherefrom all of creation emerged.

Amprodias rules the power of suggestion and exerts control over the mind, memories, thoughts, and consciousness. He imparts the knowledge of psychic and sanguine vampyrism alike. He can instruct the magickian in the performance of ‘mind tricks.’ He specializes in the art of remote viewing and he teaches the sorcerer to peer beyond the causality of the Cosmos. With the support and/or guidance of Amprodias, the magickian can perceive anything in the universe.

Amprodias gives gnosis about the transpersonal chakras and his auspices are useful in the creation of predatory vampyric thoughtforms. He imparts gnosis regarding the essential nature and magickal application of Qliphothic forces. He rules the forces of manifestation, chaos, and amplification and he presides over spiritual immortality.

Amprodias can increase the physical reflexes of the witch and and augment her slow-twitch muscle fibers. He can permanently modify the Satanist’s personality. He can make the witch courageous in conflict, quick-witted in terms of analysis, persuasive in conversation, and grant the interpersonal skills required for leadership and the arousal of dissent.

Amprodias can engender the distortion of perception and reality alike, and he can be called on to transport spiritual energies from one place to another. He can alter spiritual energies in accordance with a given intent and bring about the reversal of spells. He specializes in wind magick, divination, and the use of psychic vampyrism in psychometry. He can remove addictions, inhibitions, phobias, delusions, and he can cause the witch to think more objectively.

Amprodias is a fan of the “Fourth Way” philosophy instructed by G.I. Gurdjieff and P.D. Ouspensky.

Amprodias presides over one of the Tunnels of Set– the trails between the realms of the Qliphoth. To be specific, Amprodias’s tunnel is located between Thaumiel (Satan & Molock/Pluto & Neptune) and Ghagiel (Baelzebuth/Uranus)– the very same tunnel which Kenneth Grant said the greatest magickians “traffic” with constantly. We are referring here to the eleventh pathway: the Qliphothic equivalent of the Akashic records wherefrom all manner of knowledge can be accessed. Amprodias’s tunnel is the house of divination wherein trickster fairies dwell.

Regarding the eleventh Tunnel of Set, Linda Falorio writes:

A need to work with the energies of Amprodias may be signaled by our experience of sorrow at the cruelty of Nature, by our feeling of despair at its inherent meaninglessness, and by our lacking of perspective and humor when faced with grim reality. On the other end of the scale we may encounter in ourselves or others feelings of contempt for the unenlightened masses, a detachment from ordinary human sorrows, and aloofness from mundane concerns. Thus feeling bored, stuck, restless, and rootless, yet fearing change, we feel apprehension of the future which results in blind clinging to the security of mundane routine.

Too much unbalanced working here may ultimately result in fragmentation of the ego, in brain-fevered deliriums, perhaps addictions to hyped-up, hypertrophied manic states, which result in high blood pressure, burn out, and exhaustion, especially of the type associated with the effects of repeated extraterrestrial contacts upon the human nervous system.

Yet if allowed to flow unimpeded by such destructive attitudes, the energy of this 11th Tunnel accelerates our vibratory vitality, enabling us to glimpse alien consciousnesses resident in parallel dimensions, operating at such velocities that we are normally unaware of their existence. Through such accelerated vibratory consciousness, we achieve greatly heightened powers of perception, giving insight into outré mathematics and alternative non-Euclidean geometries and transdimensional realities.

In the Tunnel of Amprodias we are able to mind-meld with transhuman entities, and to “speak in tongues. Here is true laughter, which is the safeguard of sanity; here is healthy release of tension through the bioenergetic circuit of excitation> tension> release> relaxation> JOY!Here is freedom of thought, energy, courage, and the independence to pursue one’s Will.

The trance of this tunnel is “The Universal Joke,” i.e.: There is no meaning in existence, the universe is pure caprice,  it is nothing more nor less than an immense practical joke played on its hapless victims. Here, the irrational, taken to the limits of absurdity results in perfect freedom. “Loosening the girders of the soul,” the normal chains of cause-effect that bind us to mundane reality, that bind us into the conscious life of the human species, no longer obtain. Thus we float airily above reality freed of prejudice, unclouded by illusion, and able to objectively perceive pure Essence.

Above: Sigil of Amprodias from Qabalah, Qliphoth, & Goetic Magic

{The following chants, all of my own invention, are non-copyright and made be used anywhere for any reason with or without giving credit to yours truly}

Liftoach Pandemonium, et germinet Amprodias
“Open the Infernal Plane, and Bring Forth Amprodias!”
Serves to create or strengthen a sacred space by presencing Qliphothic energy while simultaneously calling forth Amprodias

Invoco Amprodias In Nomine Qliphoth!
“I Call to Amprodias in the Name of the Qliphoth!”
Used to call forth Amprodias while simultaneously bringing the celebrant closer to a gnostic state.

Aperiatur Qliphoth; Invoco Amprodias
“Open the Qliphoth; I Call to Amprodias!”
This chant is used for invocations of Amprodias, and in addition to invoking the demon called upon, the chant has the effect of increasing the alchemical/transformative/self-deifying effects of the invocation being performed.

In Nomine Domine Amprodias, Aperiatur Kliffoth
“In the Name of Lord Amprodias, Open the Qliphoth!”
Used to call Amprodias forth in any rite calling up him, or used to call on Amprodias to empower any rite of self-transformation, self-empowerment, or self-initiation.